Staying in Asia for eight months, you truly realize how vast this world is, and how many variations in culture human civilization has come up with. China was like another planet. It’s beautiful and frightening at the same time. I was amazed at how much kindness my dancing friends showed me. I was also amazed at how oppressed the people there are, too, by the powers that be and the stressful strains that the culture places upon them, too. It’s not an easy life living in China. They might not know it though, since they have little knowledge of other countries to which they can compare their life experiences. I taught several workshops. Here’s some footage from one of them that my good friend and student, Funky Ya, organized for me in Shenyang.

Taiwan was a great 3 months as well-such a beautiful country. Upon a 4 day visit there in January in which I fell in love with the weather and the people, I decided to move from China to there in February. They beautifully blend Chinese culture and tradition with its own personality and a touch of Western influence as well. I entered the country’s largest street dance competition called Ocean Battle Sessions. Here’s me battling one of my favorite Asian dancers, Artshow. I taught many workshops in Kaohsiung, located in the southern region. Here are some highlights from that. During my last month, I also spent some time with a Bay Area OG that has lived there for 6 years. We collaborated and taught what we called Out the Box Boot Camp, which was such a great experience, especially considering that I’ve taught the majority of workshops myself. I learned a lot in preparing for this as well as from understanding how this bay veteran moves. Here’s a succinct recap of the experience.

I had spent about 5 days in the Philippines, too, where Crazy Beans, a very talented dancer from a renown hip-hop crew called the Philippine All Stars, had helped organize some classes for me.

My last Asian destination I had the privilege of visiting was Hong Kong. Popping Lok, is one of the elders of the community there and has done a great job helping build an open-minded scene there that appreciates all the styles that fall under the popping umbrella. You can’t say the same for a lot of countries in this world unfortunately. It’s so vital that the elders of a community have an open mind and a warm heart, because what they say and what they do will effect the minds and hearts of those that come after them. Because of this, I really appreciate what Lok has done for his community. This open mindedness shows in his style as he seamlessly can transition from boogaloo to waving to isolations so well. Here’s a recap of my workshop I had taught there, and here’s a video overlooking the Kowloon Bay I made with Lok and one of his students, Hero. 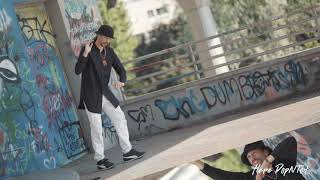 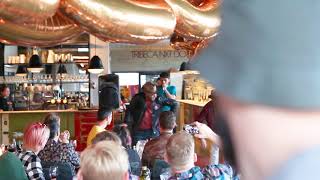